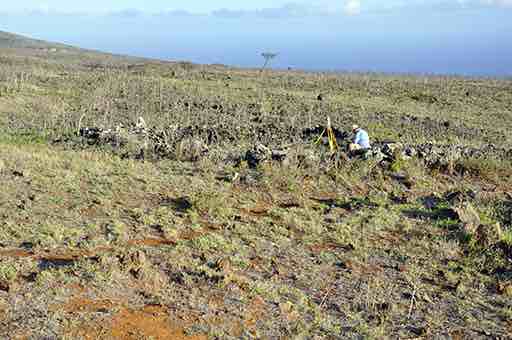 View of the heiau from the north-west. (Photo by Clive Ruggles) 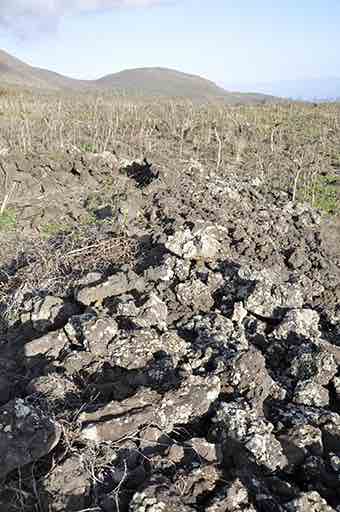 View along the S wall towards the E, showing its alignment upon the southern summit of the Luala‘ilua Hills, as described on page 166 of the book. (Photo by Clive Ruggles) 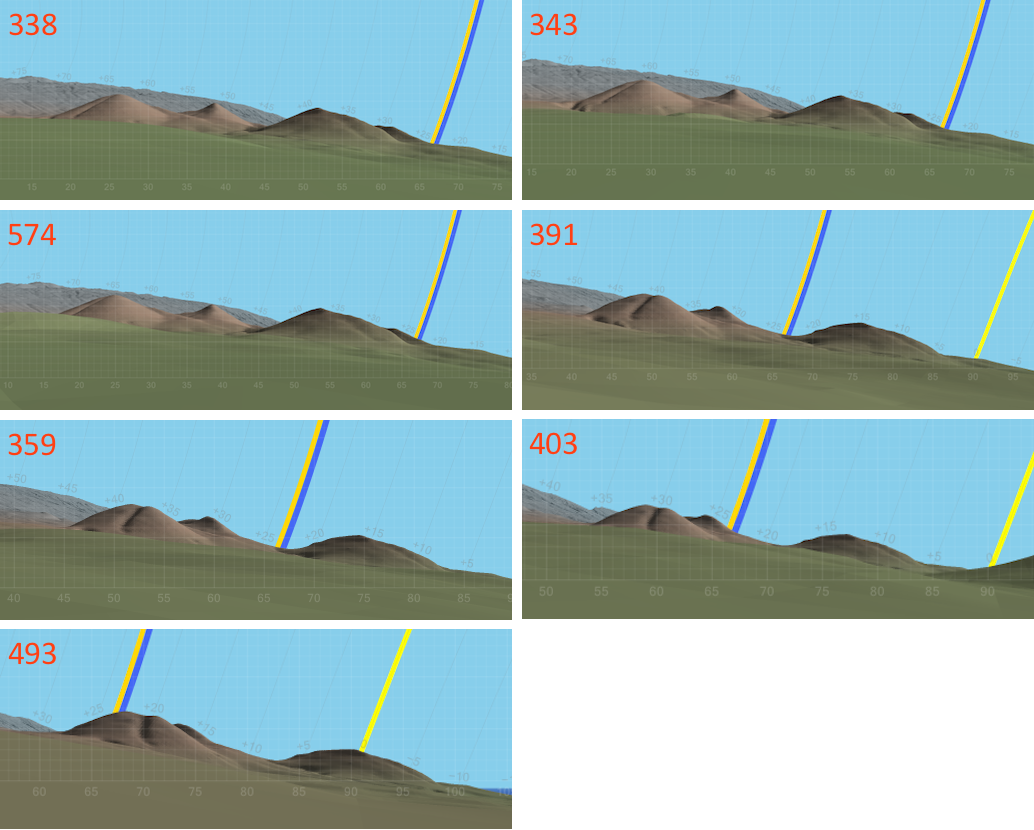 DTM-generated visualizations of the horizons to the NE and ENE at seven upland Auwahi heiau, showing the rising position of the Pleiades around AD 1600 (blue line) and June solstice sun (dark yellow line). The rising path of the sun at the equinoxes (lighter yellow line) also appears in some of the profiles. (Graphics by Andrew Smith; colour version of figure 4.11 in the book)

DTM-generated profile of the eastern horizon at a selection of heiau facing nearby topographic features with considerable visual impact. In the case of KIP-1 a photograph of a nearby hillock, too close to show up on the DTM, is superimposed (see also figure 7.3 in the book). The extent of the solar rising arc is indicated by the solstitial rising lines (dark yellow lines [or solid shaded line in the case of KIP-1]). The rising path of the sun at the equinoxes (lighter yellow/dash-and-dot line) and of the Pleiades in AD 1600 (blue/dotted line) is also shown. The black-and-white version of this figure, figure 4.13 in the book, includes horizontal bars indicating the direction of orientation of the heiau. (Graphics by Andrew Smith)