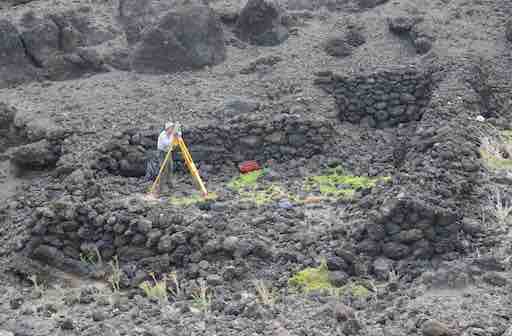 Heiau ALE–140 viewed from the NE, with the total-station survey in progress. (Photo by P. V. Kirch; colour version of figure 6.26 in the book) 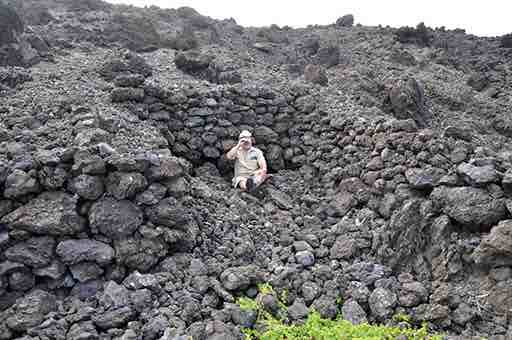 The seating position within the western chamber, viewed from the east. (Photo by Clive Ruggles) 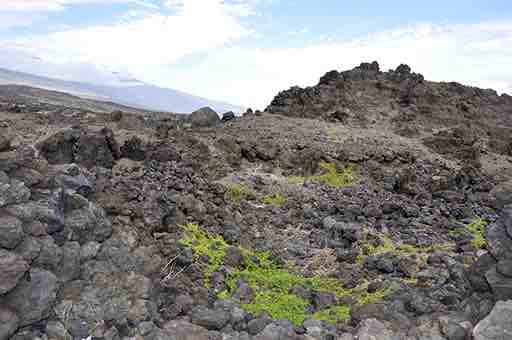 View towards the ENE from the seated position in the western chamber, showing the distant Haleakalā slope meeting the nearby 'a'ā ridge just to the right of two prominent boulders. (Photo by Clive Ruggles)

Close-up of the previous picture showing the Haleakalā slope between the “window” formed by the two boulders. (Photo by Clive Ruggles) 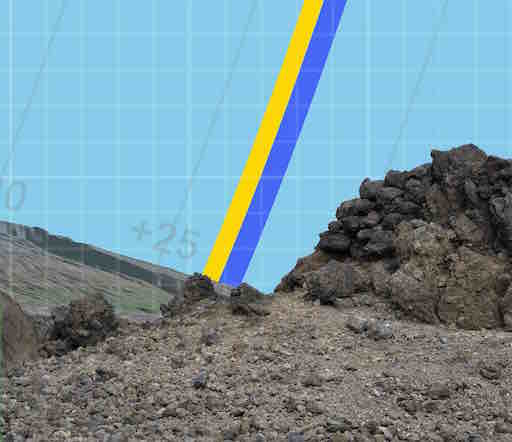 The horizon to the ENE at heiau ALE–140, as viewed from a standing position sighting along the NNW wall. DTM-generated profile superimposed upon a photograph of the local ‘a‘ā ridge. The yellow line indicates the rising path of the sun at the June solstice and the blue line the rising path of the Pleiades in AD 1600. (Composite of photo by Clive Ruggles and graphic by Andrew Smith; colour version of figure 4.9 in the book)